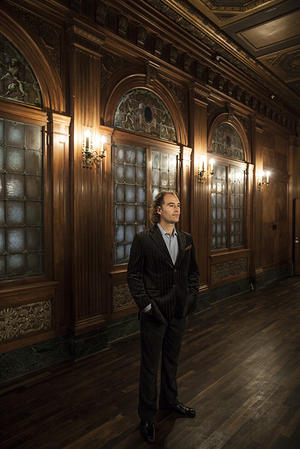 Praised by audiences and musicians alike for his conducting verve and innovative programming, Antoine Plante has garnered praise for bringing music to life. "Plante led his orchestra, the choir and the soloists in an impressive account of the Requiem: authoritative, vigorous, emotionally intense, at times utterly gripping.'' writes Charles Ward of the Houston Chronicle.

Plante is a founder of Mercury Chamber Orchestra, a Houston, Texas based orchestra that has experienced remarkable audience growth over its fourteen-year history. In that capacity, Plante has become known for his deftness in balancing a great works repertoire with lesser-known and unknown pieces. His exciting musicality has made him an audience favorite, as evidenced by Mercury’s fast growing audience and the orchestra’s need to move to ever larger halls.

He is also a passionate supporter of classical music education, and has led Mercury’s educational outreach program, a significant effort that includes classroom music education in underserved schools, master classes for school orchestras, and performances for schoolchildren.

Plante is extremely versatile. At ease with the great romantic and modern composers, he also loves to perform classical and baroque music with period instrument orchestras. Experienced in directing orchestral pieces as well as staged works, he has conducted several operas and ballets. He collaborated with noted French director Pascal Rambert to produce a modern staged version of Lully’s Armide, which was performed to critical acclaim in Paris and Houston. He worked with Dominic Walsh Dance Theater to create a score for Dominic Walsh’s ballet Romeo and Juliet. An innovative artist, he just premiered the multi-media production of “The Crimson Prince of Venice: Vivaldi vs. Paganini”, a fully staged production where the orchestra and soloists lead the drama.

Under his leadership, Mercury has grown to be an important arts organization in Houston, offering over 50 concerts per season in many different venues, making music accessible to the whole community.